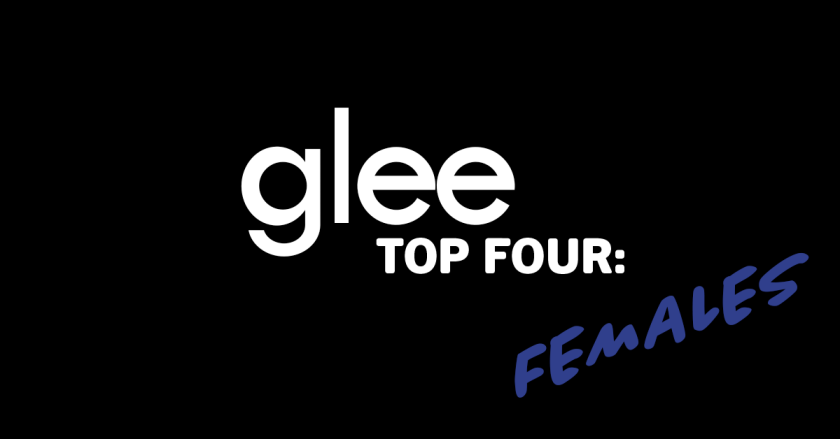 On Instagram, I have seen a trend that fellow Gleeks post their top four: males, females, friendships, crackships, canon couples and more. I have decided to do the same and put them as a post on my blog, instead of on my Instagram. Some of the posts that I have seen, included peoples top four solos, duets and group performances but I found this too hard to do. So I decided to do a few posts that will outline my favourite songs from each episodes.

For this post, I am going to be listing my favourite four female characters in all six seasons and will be writing the reasons as to why they are my favourite.

Note: These characters are NOT in any particular order.

Brittany S Pierce can only be described as a sweet, kind and adorable character with a caring personality. She first appeared in the second episode of Glee’s first season and joined the Glee Club along with fellow cheerleaders Quinn and Santana.

When I first saw her, I knew I was going to end up loving her. Even though she was only a recurring character at the beginning, she made the show more tolerable for me to watch but that can also be said for some others in my list. She can come off as a bit ditsy and naïve but I love that about her. As someone who is part of the LGBT community, having a bisexual character like Brittany portrayed on TV helped me understand myself better.

Quinn Fabray is first introduced as your typical mean cheerleader, popular and the captain of the Cheerios. But as time went on, Quinn she changes her ways and learns to appreciate the Glee club, as they support her through the hard times.

The way that Quinn changed her life for the better is why she is one of my favourites. She became much kinder and compassionate. One of the reasons that Quinn is on this list is that I adore the actress Dianna Agron. Before I started watching Glee, Dianna was one of the couple of actors that I had heard of before.

Introduced in the very first episode of Glee, Santana is considered as the best character on Glee and I couldn’t agree more. As a Cheerio, she was usually shown as a cheerleader stereotype and as someone who likes to insult and bully people. At the beginning of series, she acts more like a sidekick to Quinn but it was nice to see her become her own person as the show goes on.

In the first season, it was implied that Santana and Brittany had sex and became more apparent at the beginning of season two, in the episode Duets. Her sexuality was never really addressed until the fifteenth episode of season two and the storyline continues into season three. Santana’s coming out story helped me and just like Brittany, made me realise many thing a lot of things about myself. The way Naya Rivera’s portrayal of Santana helped shape an entire generation of LGBT youth will never be forgotten.

When choosing my top characters, I look into the way they acted and how they changed throughout the show. Marley is the only character on this list that didn’t annoy me and never had a problem with, which is why she is my absolute favourite.

Marley was first introduced in the first episode of season four and joined the New Directions after auditioning with one of my favourite songs: New York State of Mind by Billy Joel. The reason why I love Marley is because of her strong values and her talent for song writing. As the season went on, she seems to have gained more confident in the way she acts. In season five, there are some moments where you can that confidence shine through.

In a season five episode in which Will asks the New Directions which of them are either a ”Katy” or a “Gaga” and then The “Katy’s” must perform Lady Gaga songs and the “Gaga’s” must perform Katy Perry songs. Marley is considered a “Katy” and along with Sam, Blaine, Artie and Ryder, the five of them sing Applause in which they decide to dress up like Gaga. Marley however, dresses like Katy instead of Gaga and she states that she shouldn’t have to dress up in inappropriate Gaga clothes and give up who she is just for a performance. But Will suspends her for not following the assignment, which I hate as it goes against everything he’s been saying for the entire show.

When deciding this list, I was stuck between Quinn and Kitty as one of my favourites but decided to go with Quinn. Kitty wasn’t the nicest of people when she was first introduced and went on like that for most of season four. But as season four drew a close and season five began, I like her now, but I can’t just forget the things she did.

I hope you enjoyed my first post about my top four female Glee characters, more to come next month.