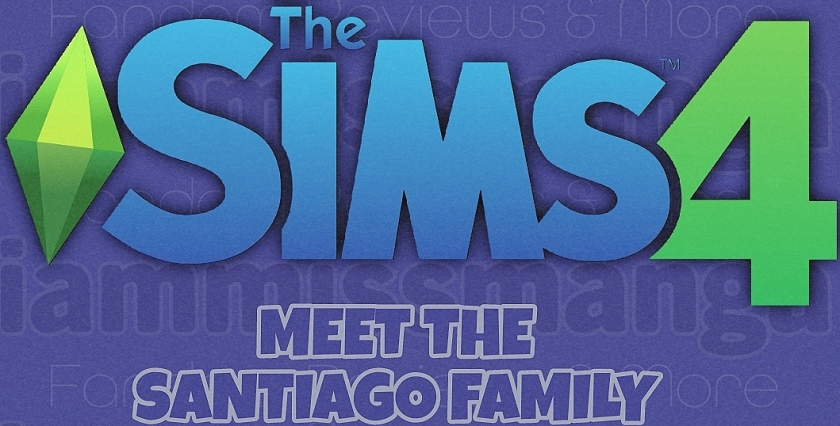 My love for the Sims 4 started back in 2019 when re-watching Dan and Phil’s gaming channel and then later discovering Clare Siobhan’s dreamhouse series. Watching them inspired me to buy the game and create my own sim family for the first time. I had only played a sims game before while round my cousins house and back then I didn’t feel the need to buy it myself as I wasn’t a gamer.

Cassandra Santiago (née Harris) grew up at Courtyard Lane in Willow Creek with her mother Anya and puppy Rhea, where they resided in the modern starter home on Hallow Slough. As a teenager Cassie was interested in becoming a scientist but as she completed the Whiz Kid aspiration, she decided to explore the possibility of becoming a mechanical engineer. The day before she became a young adult, she decided that she wanted to go to the Foxbury Institute in Britechester and study Physics. When becoming a young adult, Cassie put her application in and a couple of days later she was accepted into Foxbury.

Cassie graduated with an A+ in Physics and moved into Port Promise with the goal of building her own home out of an old shipping container. While she completed her home and upgraded everything including solar panels, she wanted to start a family. After serious thoughts, she decided to go on a blind date set up by her mother, whose work colleague had a son that she thought would be a good fit for Cassandra.

Born into the Santiago household, Harvey was brought up by his mother Alma and father Fred at Pinecrest Apartments on Conifer Street in Evergreen Harbour. His father was a Green Technician and when he came home from work, he liked to talk to Harvey about his day. After hearing all the stories Fred would tell him, he decided he wanted to follow in his father’s footprints and become a Green Technician too. Harvey loved to focus on work but as the years went by, he felt like he wanted to take the next step in his life and have a family.

Alma wanted to set Harvey up with her friend Anya’s daughter and after a few dates, Harvey realised that she was the one. Harvey and Cassandra shared the same interests, same plans for the future and similar jobs. A year later they are married and happy with two children Jessica and Blair.

First born of Harvey and Cassandra, Jessica is a social butterfly who is almost at the fourth stage of her life- teenhood. Jessica is a bit of a goofball but can knuckle down when it comes to her education. She loves to play games with her best friend Lexie, whom she met at school.

As a child she was fascinated with the world of Spellcasting, wanting to become a Spellcaster and going into the Paranormal Investigator career. Jessie may have high hopes for her future but she is determined to achieve her dreams. When Jessie became an older sister, she loved looking after her little sister when her parents were busy upgrading the house.

Blair is the younger sister of Jessica and was born in Mt Komorebi after Cassandra gave birth in their holiday home. When she was a clingy toddler, the whole family would take vacations to their vacation home in Mt Komorebi and go skiing or snowboarding. Unlike Jessica, Blair loved going outside and sledding with her Dad, which might have led to her adventurous trait that was she given when aging up. As a result of these snowy vacations, she decided she wanted to become a professional snowboarder.

Blair has always been a daddy’s little girl and spends a lot of times talking and playing games with him. Hopefully she will make her parents proud and even her sister Jessica.

Rhea has been with Cassie since she was a puppy. She was brought into the family by Anya Puckett (nee Harris) when Cassie was a teenager and lived with Anya when Cassie went off to university. Cassie would visit home every weekend to see her puppy and one graduated, Rhea came with Cassie when she moved to Port Promise.

For the rest of the year, I will be posting the life of one of my favourite families that I have created: The Santiago Family.

The Santiago family are one of my official Sims 4 family and whenever possible, I will be posting the life events of my sims and sharing them with my readers.

Do you have have a favourite sim family? What was their name and did you plan storylines for each character?